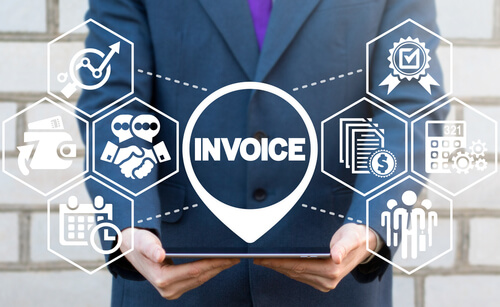 In a business environment that is increasingly moving toward a XaaS model, MSPs are caught in the middle. On one hand, most of what we offer or recommend to our customers use the subscription model. Yet, our biggest asset for our business is still a fixed cost. Although staff labor is our biggest cost, the good news is that it is also our biggest asset.

I hear many MSPs dread the monthly activity of invoicing their customers, and the funny thing is that most of these MSPs just have a few line items to invoice each month per customer. There are the expected software licenses that they on-sell, such as Office 365, backup, and AV, and in some cases, they offer Hardware As A Service (HaaS). When it comes to labor, a high majority of MSPs are now invoicing a fixed cost either per-user or per-device monthly—so it is definitely easier than it was a few years ago. For many MSPs, moving to a flat rate, that is, an all-inclusive offering to their customers, was just as much about simplifying their invoicing process and reduce the bleeding of never-invoiced services as it was about having a predictable monthly income stream.

So why then do they dread invoicing so much? Speaking to some MSPs, I was able to uncover the pain point. It is because they need to check each of their customers and ensure that the customer’s active subscriptions are actually being charged to the customer. Had one of their customers employed a new person, and with that, one of the MSPs techs had added a new Office365 license? Did one of their techs install the backup agent on a new laptop that someone uses at home?

There are many occasions in a normal month that this issue can and will happen. Although several tools are available for MSPs that can make this easier, I am yet to see one that covers the vast range of subscriptions that MSPs offer their customers. Also, many vendors have their own portals that provide this and much more information, but that still means that someone must go into each vendor’s portal and find the data. The good news is that many vendors provide more than just the monthly usage and invoicing data. Some go much further and show other tools or offers that will complement each customer’s current subscription, providing upselling opportunities for the MSP.

The pain is still there for the MSP though, margins for subscriptions resold by an MSP are generally quite low – unlike the margins we were seeing when selling infrastructures like a VM Cluster or a SAN. Yes, gone are those days. This means if they only under invoice one customer just one license for one month, the MSP could see that loss to be equal to the profit for all the other licenses for that customer for that period. So, it’s quite important that the subscriptions are reconciled for each customer and ensure they are invoicing the correct amount of subscriptions.

So, what does this have to do with your staff? When was the last time an MSP owner, or for a larger MSP, a Service Manager reconciled their labor force? I am being serious here, it sounds stupid; yet, MSPs put more time and effort into ensuring they are not short-changed on resold licensing than they do on their staff.

I will put it another way, as I have found that most people don’t consider this. You are buying 160 hours of each of your staff’s time each month—shouldn’t we care enough about this cost to reconcile it? Should we not check to see that we really needed 160 hours, not 120? The scary reality is that most MSPs either don’t measure their team’s utilization or if they do measure it, they accept it as it is. The industry average is between 60%–70% utilization, so in other words, we are buying between 48 and 64 hours more than we are using to do tech work each month and that’s per tech! This is strongly linked to a frightening percentage of MSPs (i.e., well into the double digits) that have a negative cash flow. The reason for this is not that they are not selling enough Office 365 licenses or their PSA costs $85/month per technician; it’s because they are not aware of their data, or just as bad, they don’t know what to do about it.

So, let’s do some quick comparisons of an average MSP tech compared to their reselling of software licensing. Again, I will use Office 365 as the most common one sold by MSPs.

The average MSP has the tech to endpoint ration of between 120 and 180, meaning for each technician they have in their labor force, they have between 120 and 180 endpoints they manage. So, an MSP of 10 techs will service between 1,200 and 1,800 endpoints. We are disregarding the number of customers here as that doesn’t really impact the metrics.

I will pick the middle of the road here—a ratio of 1:150. This equates to an approximate monthly profit of $500 for the Office 365 licenses sold to these 150 endpoints that this single tech can service.

If we now use this same MSPs, and they were to accurately measure the true utilization of their techs, they will find it is going to be around 60%. Most MSPs believe it’s around 70%, but if they remove the double-time the techs earn as they have multiple tickets open at once or the rounding up of tickets, they will see that the number drops. Now to put that into perspective, what does this shortcoming cost the MSP? The difference between utilization of 80% and 60% is costing the MSP $960 per tech per month!

Why does this happen, why do we constantly see MSPs not take these metrics into consideration and act on them? Would the business owner think any differently if each week they got a bill from each of their team that states 160 hours x $xxx?  Is it too hard to reconcile their hours, most probably, weekly? Is it because they feel they are not in a position to fire their techs if they are actually under preforming by that much? Or, is it because the perceived profit per technician is so high, that they believe it’s not an issue?  I am sure some business owners think of it this way.

When I had this conversation with MSPs, I was asked if I had considered using freelancer techs in my MSP and whether that was something I am suggesting. This is definitely not what I would consider for many reasons. I have used freelancers before for other roles, such as graphic design or marketing strategy, but not tech. Although we employed hourly staff at our service desk for Tier 1. We were able to have extra staff on Monday and Tuesday mornings where we had an extra influx of calls and tickets. These were generally university students enrolled in IT courses. Getting the feet wet in the industry helped them while it helped us manage the peak service levels in a cost-effective manner.

Like many of my posts, the issue that I raise is not new. It is something that the majority of MSPs face nowadays but are either ignoring it or not aware of it. The COVID-19 pandemic has really brought some of these issues to light. The MSPs that didn’t have insight into their service operations are the ones that felt the most pain. I am aware that trying to obtain this information is not easy in most PSAs, and the value of the data is only as useful as to the integrity of the data. If your team is rounding up their time, or if they are entering their timesheets at the end of the day—sorry but whatever you think your utilization is—it is not.

In our MSP, we found that this practice was key for increasing our profit margins and having the extra money to spend improving our business. It was one of the main factors that drew me to the conclusion that untimely was the start of building ServiceTree. 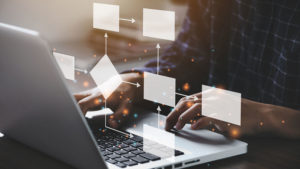 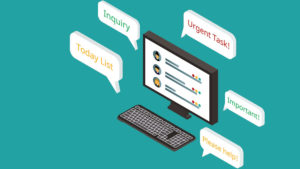 How to Make Ticketing Easier with ConnectWise 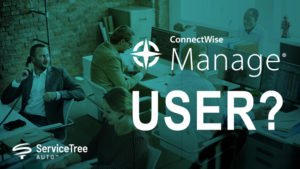 How to Manage Tickets More Effectively in ConnectWise Manage 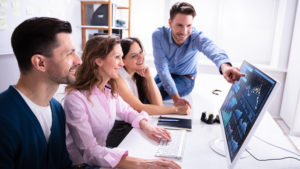 ServiceTree is revolutionizing professional services automation in the MSP industry with its patented OpenNext™ technology.